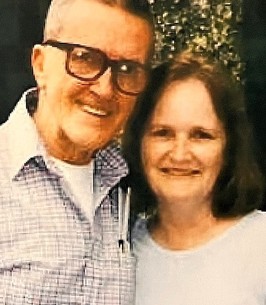 Born Feb. 26, 1941 at home, she was the daughter of the late Russell Laverne Keenan and Grace Genevieve Copeland Keenan of Keenan Branch, Nicholas County.

A 1959 graduate of Nicholas County High School, Carole attended Alderson-Broaddus College and West Virginia Tech to study nursing. She became a mother at an early age and didn’t continue her formal education, although she served as a nurse and all the other jobs performed by the best mothers for each of her children. She was a teacher, a chef, a PTA mother and a never-wavering support system for her six children, a storyteller, a Sunday school teacher, a lovely singer, a rock for her siblings, a seamstress and a godly role model not only for her own children, but for her grandchildren and great-grandchildren, as well as all their friends.

Best of all, she was a prayer warrior, approaching the Lord in intercessory prayer for all who needed help, and a woman who, more than once, literally gave the last food in her pantry to someone in need.
She was a pastor’s wife who supported her husband in his ministry in churches across Fayette, Nicholas, Clay and Kanawha counties.

Besides the Bible, she also loved novels and history, nurturing a love of reading and learning in her family, as well as those for whom she babysat. She also was a carer for several elderly friends and neighbors over the years.

She enjoyed needlepoint, working crossword and jigsaw puzzles, cooking for others, music and dancing, spending time in nature and later, when that was hard on her, watching nature websites from Africa and local eagle cams, traveling and playing some rousing games of Scrabble, Rook, Uno, Canasta and Tripoley.

She was a member of Swiss Missionary Baptist Church where she had taught primary, junior high and adult Sunday school classes and was a member of various church quartets and choirs.

In her later years, she also served as a typist and assistant for The Montgomery Herald and The Fayette Tribune newspapers. She loved spending time with all her family, especially on trips to the Outer Banks.

Her fondest wish was for all her loved ones to accept the Lord and join her in Heaven. At her request, Carole was cremated and, instead of a traditional wake, she requested a party in her honor. It will be held from 4 to 7 p.m. on Saturday, Aug. 20 at the Gateway Center in Smithers (the old Valley Elementary School). A memorial service will be held at 2 p.m. on Sunday, Aug. 21 at Swiss Missionary Baptist Church, Swiss.

Cards of condolence to the family may be mailed to Keenans, PO Box 357, Gauley Bridge, WV 25085; or online condolences may be made at www.leonardjohnsonfuneralhome.com.